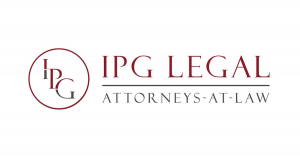 The KOR-EU FTA passed and thus British law firms will be able to setup shop in Korea over a five-year three-stage phase-in period.  All of the leading British firms have begun building relationships with an eye to formal partnerships. KOR-US FTA, however, has stalled because of opposition of some prominent lawmakers in the liberal parties even though the two FTAs are very similar in scope.

The following article is an interesting article on the intention of an American law firm in the Korean market and shows that local firms have nothing to fear and will benefit from these firms’ focus on quality, profitability per attorney and equitable management.

Full Disclosure: We have not had a meeting with the firm mentioned in the article.
_________
IPG is engaged in projects for companies, entrepreneurs and individuals doing business in Bangladesh, Cambodia, China, Korea, Laos, Myanmar, the Philippines, Vietnam and the U.S.
www.ipglegal.com
—
Korea poised to admit foreign lawyers with FTA (Korea Times)

“It’s like having your office in Los Angeles and all your clients in Chicago,” said Kim Jong-han, a U.S.-educated lawyer heading the firm’s Korea group in Hong Kong.

As more foreign investors focus on South Korea, an economy growing at 4.6 percent a year, U.S. and European law firms are eager to hang out their shingles in Seoul and other Korean cities. The path may be cleared soon.

A trade agreement being negotiated with the United States would include initial steps to open South Korea’s legal services market. A bill to implement the change is being reviewed by Korea’s Justice Ministry and might be voted on by the National Assembly in early 2007, the Seoul Bar Association says.

“We want to represent Korea’s leading companies, which are very established global players, and there’s a big advantage to being in Korea where their decision makers are,” said Greg Nitzkowski, Paul Hastings’ managing partner in Los Angeles.

Legal services would be among many markets covered by the proposed trade accord, along with textiles, agriculture, pharmaceuticals and automobiles. The next round of talks is scheduled for the week of Dec. 4 in the United States.

“Services have become a huge part of what in particular developed countries are exporting,” said Steve Norton, spokesman for the Office of the U.S. Trade Representative in Washington. “The U.S. permits foreign-licensed lawyers to work here, and it is reasonable that reciprocal treatment by Korea should be given to U.S. lawyers.”

International law firms are following their clients into Asian markets, particularly China and Japan. London-based Clifford Chance, the world’s biggest legal adviser by revenue, said in August it wants to double its number of lawyers in China to 90 by 2010 to advise on corporate takeovers and securities sales.

Korean lawyers are reluctant to allow foreign law offices because local firms typically are smaller than Western ones, said Ahn Chong-ghee, economic counselor with the Korean Embassy in Washington.

“Our firms are concerned about being overshadowed by foreign competitors,” Ahn said. “We know that eventually we will have to open the market, but it will take time.”

Seoul-based Kim & Chang is Korea’s largest firm, with about 300 professionals, according to its website. Clifford Chance has 3,300 lawyers. Kim & Chang lawyers declined requests for interviews.

Han Ri-bong, director of international affairs for the Seoul Bar Association, said Korean lawyers don’t object to opening the market as long as it occurs gradually, as in Japan. That nation took about 18 years to fully liberalize its market.

“We don’t expect it will take such a long time in Korea, but we see Japan as a successful model,” said Han, a corporate lawyer with Bae, Kim & Lee. “We’re concerned that if there’s an immediate opening it will be disruptive and have a negative effect for Korean lawyers.”

Only a handful of Korean firms work with international corporations, creating intense competition for legal services and delaying transactions as potential merger suitors wait in line for advice. It isn’t uncommon for the same firm to represent both buyers and sellers in a transaction, said Paul Rhee, a U.S.-educated lawyer and vice chairman of the European Union Chamber of Commerce’s legal services committee. The chamber is a trade group representing European businesses.

“It’s a race to get to a lawyer in order not to get knocked out of the game,” said Sy Kim, an attorney with Sheppard Mullin Richter & Hampton in New York whose clients have included Glovit Inc., a Korean theme-park developer.

Pixelplus, which designs semiconductors for cameras in cell phones and personal computers, raised $36 million in its Dec. 20 debut.

“There are so many places where investments get bottlenecked,” said James Thoma, a Los Angeles-based lawyer with Greenberg Traurig LLP, whose clients have included Suwon- based Samsung Electronics Co. and U.S. media companies doing business in Korea. “It’s impossible to get the sophisticated legal analysis that investors expect.”

South Korea has long had an inward-looking attitude and a distrust of foreign corporations, said William Overhalt, director of the Center for Asia Pacific Policy at Rand Corp., a nonprofit research firm in Santa Monica, California.

“There has been a reaction against foreigners making a lot of money and not paying taxes,” Overhalt said.

The Korean Supreme Prosecutors Office sought warrants to detain Lone Star cofounder Ellis Short and other current executives to question them about alleged stock manipulation. Those requests were denied by judges on Nov. 3, and prosecutors reapplied hours later. Cofounder John Grayken said last week the probe was driven by an “antiforeign” political climate.

Most of the pressure on the Korean government to open its legal market has come from the United Kingdom because British firms historically have had a bigger presence in Asia, said John Kwon, chairman of the EU chamber’s legal services committee in Korea.

Major U.K. firms such as Clifford Chance and Allen & Overy have had offices in Hong Kong since the 1980s.

The issue of Korean restrictions on legal services came to the fore during the now-stalled Doha round of World Trade Organization talks. The proposed South Korean legislation would apply to all foreign lawyers, not just those from the United States.

Prosecutor Choi Yong-hoon, who oversees the bill’s progress, declined to comment, saying the measure was being reviewed by the Justice Ministry and requires a public hearing. He also declined to comment on when lawmakers might vote.

“A few comments or remarks from me may create a disturbance or a misunderstanding,” Choi said. “The matter is closely connected with the current FTA negotiations.”

The fourth round of negotiations, on Jeju Island, South Korea, ended Oct. 27. The talks were marked by scuffles between police and Korean farmers, who oppose opening agricultural markets.

The draft bill released in April won’t allow foreign law firms to hire Korean lawyers or set up joint ventures with Korean firms. Yet foreign firms say they will benefit just by being closer to Korean clients.

Linklaters — which advised Lone Star and has 320 lawyers spread across Asia in Hong Kong, Beijing, Shanghai, Tokyo, Singapore and Bangkok — would consider opening an office in Seoul if allowed, said Simon Davies, the managing partner for Asia.