Waivers of liability, in Korea, are often deemed invalid by courts when the actions of the business is considered negligent by the Korean court.  Thus, the signing of a waiver does not, often, preclude the ability to sue or be sued.

However, it is still advisable for a company operating in a business that is inherently dangerous to have liability waivers in contracts with their customers (e.g. scuba, paragliding, and skiing). 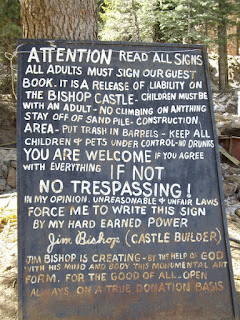 In most cases, the courts will deem the waiver to be limited to injuries caused, directly and soley, by the actions of the injured plaintiff.

Thus, for example, if you are skiing and you hit a tree that you claim was negligently placed too near to the exit of a ski lift, you likely, will lose the case, since the injury was caused by your actions of skiing into the lift.  This assumes that the lift or tree was not placed in an area that has caused many similar accidents.

However, if the lift breaks and you fall to a snowy death and you successfully find that the maintenance of the lift was completed by Mork & his friend Mindy, you likely will prevail.

Thus, for enforceablility of these waivers of liability, typically, a court would need to find that no responsibility of the business in the accident.

Yes, you have a good question – what the heck is the use of the waiver?  Shouldn’t a court, only, award damages if a party is negligent.  You got a great point.  The waiver seems to do nothing, but raise a strict liability standard (usually when one party is hurt by the actions/inactions of another party – compensation is provided, in Korea, not withstanding negligence).  The waiver may, in some cases, bring the standard to a true negligence test.  Also, it often scares of lawsuits.
___
Sean Hayes may be contacted at: SeanHayes@ipglegal.com.

Sean Hayes is co-chair of the Korea Practice Team at IPG Legal. He is the first non-Korean attorney to have worked for the Korean court system (Constitutional Court of Korea) and one of the first non-Koreans to be a regular member of a Korean law faculty. Sean is ranked, for Korea, as one of only two non-Korean lawyers as a Top Attorney by AsiaLaw. Sean’s profile may be found at: Sean C. Hayes