Korea, based on calls from civic groups and some in the media criticized the powers that be in Korea that Korea was lax on white-collar crime.  These individuals, among other arguments, claimed it is near impossible to succeed in business in Korea without resorting to corruption. 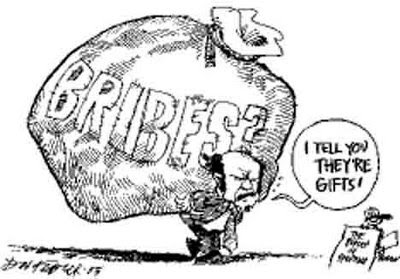 The Chair of the Anti-Corruption and Civil Rights Commission – retired Supreme Court Justice Young-ran Kim – motioned the National Assembly of Korea to implement a broad-based anti-corruption law.  A watered-down version of the law passed the Korean National Assembly after much debate.  Challenges filed to the Constitutional Court were dismissed by the Court.

This Anti-graft law will, likely, effect any business doing business with government, quasi-government agencies or educational institutes.  Additionally, any companies engaging media consultants that actively engage with the media – may also find themselves on the wrong side of this law.

Please get your Korean attorney to explain the law to you.  Sanctions under the law are, in many cases, steep and because of recent changes at the Korean Immigration Services, sanctions can lead to the deportation of foreign executives that find themselves or their staff running foul of the law.

The law imposes a burden on any individual providing a gratuity over a certain mandated amount to any national or local government official, member of a quasi-government organization, media company and educational institutes (some exceptions exist).

Please check back soon – more to come on this issue in the near future.
__
Sean Hayes may be contacted at: SeanHayes@ipglegal.com.