With news late in 2016 that the Seoul Family Court Appointed a Law Firm as Legal Guardian for Shin Kyuk Ho, founder of Lotte Group, and the negative effect the ruling had on his elder son’s efforts to regain control of the conglomerates, it is a good time for business owners and their families to understand what guardianship law may mean for businesses and families in Korea. 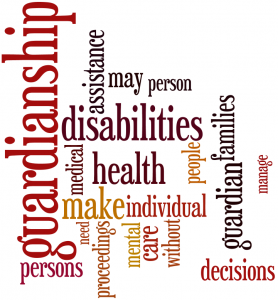 The Adult Guardianship Act of 2011 of Korea in the main law, in Korea, creating a Guardianship/Conservatership System in Korea.

Under the Guardianship Act of Korea, a family court, in Korea, may declare a person to be legally “limited-incapable” if, as a result of, inter alia, mental illness or disability, a person lacks the mental capacity to make his or her own decisions or will jeopardize the livelihood or their family’s livelihood in he or she does make decisions without the guardian.  A limited-incapable is normally ordered for only a stated period of time and, sometimes, only for specific acts.

Additionally, a Korean family court may declare a person to be legally “full-incapable” when the person permanently lack the mental capacity to make decisions.

The legal definition of incapacity can apply to a wide range of circumstances, including: minor children, persons in bankruptcy, incompetent persons of legal age, or a person under a term of a criminal penalty.

The key issue for a Korean Family Court to determine, in guardianship matters, is whether the person lacks the capacity to handle his or her own affairs, owing to mental incapacity resulting from disease, disabilities, aging or any other reasons. Often, the court is guided by the medical opinion of a medical professional.

Once incapacity is determined, a court may order just about anyone as a guardian: family members, professionals, a private entity, such as a”guardianship corporation” and/or a public entity.  Once appointed, guardianship can last for an indefinite period of time, but can be limited in scope based upon the facts and circumstances.

The ruling in this particular matter underscores the need to plan for family members in advance of disability, disease and aging.

According to published reports, the two sons of Shin Kyuk Ho are battling for control of the family-run entity, and this latest ruling stops the eldest son from pursuing his claim without the guardian’s consent.  At stake is the well-being of some affiliated 93 companies generating over $86 billion annually in revenue.
___
Sean Hayes may be contacted at: [email protected]
Sean is co-chair of the Korea Practice Team at IPG Legal. He is the first non-Korean attorney to have worked for the Korean court system (Constitutional Court of Korea) and one of the first non-Koreans to be a regular member of a Korean law faculty. Sean is ranked, for Korea, as one of only two non-Korean lawyers as a Top Attorney by AsiaLaw.  Sean is known for his proactive New York-style street-market advice and his aggressive and non-conflicted advocacy.  Sean works with some of the leading retired judges, prosecutors and former government officials working in Korea.