Is it really true?  A foreign government official may be prosecuted in the United States for the violation of a non-U.S. law – Yes/No – not exactly.

A Korean working for a Korean government research center was, recently, found guilt of U.S. federal money laundering in a U.S. Federal Court.  The individual was convicted of utilizing the banking system of the United States to store and transfer illegal obtained funds.  The funds w 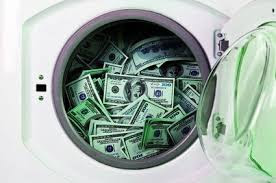 ere deemed illegally obtained under Korean Law.  So yes, the interpretation of Korean Law was necessary.

According to a Press Release by the Central District of California’s U.S. Attorney’s Office:

“A former director of South Korea’s Earthquake Research Center at the Korea Institute of Geoscience and Mineral Resources (KIGAM) has been found guilty of using a Southern California bank account to launder bribes he received from two seismological companies, including one based in Pasadena.

Heon-Cheol Chi, 59, of South Korea, was convicted late yesterday of one count of transacting in criminally derived property, an offense that carries a statutory maximum sentence of 10 years in federal prison.

Chi was convicted of the money laundering charge following a four-day jury trial in United States District Court. The jury that issued the guilty verdict was unable to reach a unanimous decision on five other money laundering charges. According to the evidence presented at trial, Chi laundered funds that were the proceeds of bribes he accepted in violation of South Korea law.”

I will update the reader when I read the case.  Interesting case.  I always enjoy reading cases where foreign courts interpret Korean Law.  It is always interesting when my firm is retained to write Legal Opinions for foreign courts.

The link to Press Release for the U.S. Attorney’s Office for the Central District of California related to this matter may be found at: Central District of California – U.S. Attorney: Director of South Korea’s Earthquake Research Center Convicted in L.A. of Money Laundering Stemming from Million Dollar Bribe Scheme.
___
Sean Hayes may be contacted at: [email protected]

Sean is co-chair of the Korea Practice Team at IPG Legal. He is the first non-Korean attorney to have worked for the Korean court system (Constitutional Court of Korea) and one of the first non-Koreans to be a regular member of a Korean law faculty. Sean is ranked, for Korea, as one of only two non-Korean lawyers as a Top Attorney by AsiaLaw.  Sean is known for his proactive New York-style street-smart advice and his aggressive and non-conflicted advocacy.  Sean works with some of the leading retired judges, prosecutors and former government officials working in Korea.