Korea’s generous Childcare Leave Law poses difficulties to many smaller employers in Korea.  The Childcare Leave Law, in Korea, allows for a one year period of leave per child under the age of seven. Employers, often, are required to hire a replacement employee when the employee departs for this childcare leave.  This situation, often, leads to an employee returning to employment with little to no work to do. 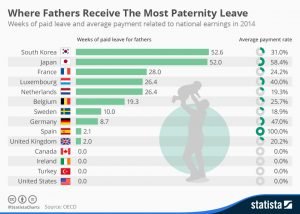 So can an employer, in Korea, layoff the returning Korean worker for the lack of a position for the worker?

The answer is, typically, NO.  Notwithstanding, the issue of tenure and the selection criteria for layoffs, the law specifically notes the following.

(4)”After a worker completes childcare leave, the employer shall reinstate the relevant worker in the same work as before the leave or any other work paying the same level of wages.”

The Supreme Court of Korea, however, recently elaborated on this “urgent managerial necessity” standard by noting that:

“‘Urgent Managerial Necessity’ is one of the requirements for planned layoffs, and includes, but is not limited to, avoiding bankruptcy and downsizing to prepare for possible crises in the future; however, such downsizing should be acknowledged as reasonable from an objective perspective. In determining an ‘urgent managerial necessity,’ an entity’s overall business status should be reviewed rather than solely relying on the profit figures of an entity’s division or place of business, excluding exceptional cases where: (i) the entity’s division is independent of an and separate from other divisions in terms of workforce, logistics and location; (ii) the entity’s financing and accounting operations are segregated; and (iii) the entity’s division operates under business conditions different from those of other divisions” (2012DU25873 Decided May 28, 2015).

This test places a significant burden on the employer in proving the “urgent managerial necessity.” It is possible that the worldwide company situation of a multinational may even be considered in the determination of the “urgency” of the alleged “necessity.”
___
Sean Hayes may be contacted at: SeanHayes@ipglegal.com.

Sean is the first non-Korean attorney to have worked for the Korean court system (Constitutional Court of Korea) and one of the first non-Koreans to be a regular member of a Korean law faculty. Sean is ranked, by AsiaLaw for Korea, as one of only two non-Korean lawyers as a Top Attorney. Sean is known for his proactive New York-style street-smart advice and his aggressive and non-conflicted advocacy. Sean works with some of the leading retired judges, prosecutors and former government officials in Korea.