Foreign corporations, doing business in Korea, may be deemed local corporations subject to taxation on worldwide income if the foreign-incorporated company is deemed a Korean “domestic corporation” for Korean tax purposes.  This liaison-office Korean Tax Risk can, thus, lead to taxes on worldwide income, a tax audit and even criminal sanctions against those operating in Korea.  We have dealt with matters were employees, even, received exit bans.

One of the most significant risks of foreign companies doing business in Korea without a local entity is being deemed a local corporation subject to tax on worldwide income.  A domestic corporation under the Corporate Tax Act of Korea is a company with its “actual business management locale” within in Korea.

The Supreme Court has ruled, in numerous cases, in this regard.  One of the most noteworthy recent cases is a case concerning a Singaporean company that marketed foreign securities in Korea.  The company succeeded in the National Tax Service of Korea’s challenge, however, the case cost the company a challenge right up to the Supreme Court. 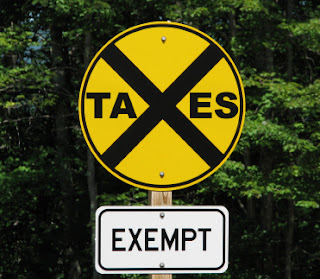 Domestic Corporation Test in Korea: “Actual Business Management Locale”
Test to Determine is a Foreign Corporation shall be treated as Korean Corporation for Tax Purposes in Korea

The Korean Supreme Court, in a myriad of cases noted, in short, that lower courts should consider the “totality of circumstances” and, thus, consider such factors to determine if a foreign-incorporated corporation shall be considered a Korean domestic corporation for tax purposes.

The Supreme Court of Korea notes that following factors must be considered:

In general, if the key management decisions are conducted outside of Korea and the local Korean office only executes these key management decisions and makes only executive management decisions based on these key management decisions, the foreign-incorporated company shall not be deemed a Korean domestic company for tax purposes.
However, the National Tax Services has become more aggressive and in all but the most exceptional of situations, it is advisable to establish a local Korean company prior to engaging in any act that could be deemed as doing business in Korea.
___
Sean Hayes may be contacted at: [email protected] is co-chair of the Korea Practice Team at IPG Legal. He is the first non-Korean attorney to have worked for the Korean court system (Constitutional Court of Korea) and one of the first non-Koreans to be a regular member of a Korean law faculty. Sean is ranked, for Korea, as one of only two non-Korean lawyers as a Top Attorney by AsiaLaw.  Sean is known for his proactive New York-style street-market advice and his aggressive and non-conflicted advocacy.  Sean works with some of the leading retired judges, prosecutors and former government officials working in Korea.Sean’s profile may be found at: Sean C. Hayes