A typical matter of a party renouncing an estate in Korea commences when a family member in Korea requests the waiver/disclaimer of the right to a Korean inheritance.  Sometimes the waiver is for a valid reason and sometimes the Korean-based family does not have a legitimate reason for the waiver other than self-interest. 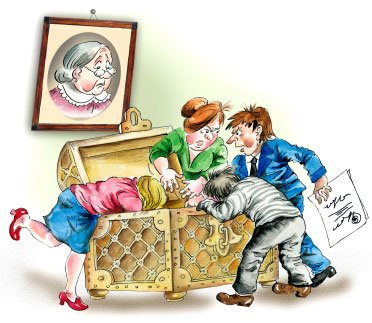 A, typical, situation involves an estate of a Korean national decadent with non-Korean family abroad.  The estate, often, includes assets in Korea and sometimes abroad.

Renouncing an Inheritance in Korea
In order to renounce an inheritance in Korea, in most cases, the heir is required to make a “declaration of renunciation to the family court” (Korean Civil Act, Art. 1041) in Korea within three (3) months of notification of the inheritance to the heir.  Thus, it is essential to act quickly.

Often, not renouncing an estate can lead to the assumption of the debt of the estate – a debt that is enforceable outside of Korea.  Yes, a debt, in Korea, can be enforced in the States, Europe and most anywhere in the world.  Courts, nearly universally, recognize judgments of Korean courts.

After termination of this period (3months), an estate, in Korea, is presumed accepted without condition. Exceptions exist.

However, the co-inheritor in Korea of a particular asset may divide the inheritance based on contract under Article 1013 of the Civil Act or gift the asset to the remaining heirs.  The inability to renounce an asset, however, may create an additional taxable event.

If you believe you are the victim of an unscrupulous relative (I see this far too often), contact an attorney immediately.  You often have options at the Korean courts if you act quickly and smartly.

Additionally, don’t sign an agreement that you don’t understand or you may find yourself in a debt that you wished you could avoid.  Yes, again, Korean creditors can attach assets globally.
____
SeanHayes@ipglegal.com

Sean is ranked, for Korea, as one of only two non-Korean lawyers as a Top Attorney by AsiaLaw.