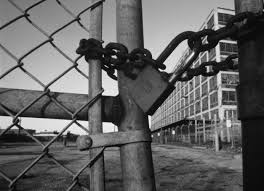 Korea, in the eyes of many domestic and foreign companies, has been lax in the enforcement of the rights of employers to run a business.  One noted cases that lead to a decision by the Supreme Court of Korea comes to mind.  Because of a labor strike at a major automobile parts manufacturer and the physical blocking of the use of replacement workers and employer machinery by the employees, the employer implemented a partial unpaid lockout of certain employees (employees were employed by a unit of the employer), thus disallowing certain workers to enter the workplace in order to prevent further disruption of the manufacturing process.  The employees physically blocked production and thus did not allow certain orders to be fulfilled by the employer, thus affecting the employer’s business. The case is a great case to demonstrate Korea’s Lockout Law.

Decision by the Supreme Court

The Supreme Court noted that:

Moreover, even if a lockout conducted by an employer is deemed lawful in light of the details of the circumstances such as workers’ strike, in cases where the lock-out continues — albeit the workers having discontinued their strike after a certain point in time and expressed their genuine desire to return to work — and becomes aggressive with the purpose having shifted from countering the industrial action by workers to weakening the trade union’s ability to organize, lawfulness of the subsequent lockout is lost and accordingly, the employer cannot be exempt from the duty of paying wages during the lockout period.”

Based on this rationale, the Supreme Court reversed the decision of the lower court, because, inter alia:

“ . . .based solely on its stated reasoning, the lower court acknowledged the lawfulness of the Defendant’s lockout, rather than confining it (the lawfulness to the period prior to the promise of the employees to return to work) to the lock-out after March 2010. . .  In so determining, it erred by misapprehending the legal principles as to the lawfulness of a lockout, which led to a failure to exhaust all necessary deliberations, thereby affecting the conclusion of the judgment.  The allegation contained in the grounds of appeal assigning this error is with merit.”

Thus, the Supreme Court imposed the affirmative duty of an employer to “exhaust all necessary deliberations” even if it has indications that the representations of the employees are not in good faith.