The following is a Press Release by the Korean Government on recent Korean Tax Law enforcement decrees.  We shall update the reader when more is known.  The following press release was not proofread or translated by this firm.  The Press Release was published by the Ministry of Strategy & Finance in the English language and copied, in its entirety, below.

Decree Focuses on Boosting Investment and Broadening Tax Base 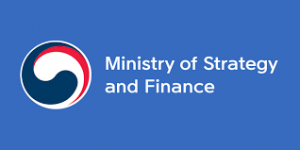 – Make capital gains in the K-OTC market nontaxable unless they belong to large shareholders:  Those holding less than 4 percent of shares or less than 1 billion won in shares as of April 1 2018

– Expand capital gains taxes on nonresident shareholders:  Lower the tax exemption ceiling from less than 25 percent of shares to 5 percent

– Allow tax authorities to share information taxpayers provide to get advanced pricing agreements with their overseas counterpart authorities, which is aimed at increasing tax transparency and recommended by OECD’s BEPS Action 5

– Reintroduce the VAT return for foreign tourist accommodation expenses:  Apply temporarily for 2018 to tourist hotels if they raise rates by less than 10 percent compared with a year ago

The enforcement decrees will take effect following a three-week advance notice from January 30.

The original Press Release may be found at: Ministry of Strategy & Finance: Tax Law Announcement