The following is a timetable-based outline of Korean Civil Court Proceedings at Korean Courts.  Please note, this is the typical civil court proceedings and exceptions do and, often, exist at Korean civil courts.  Korean civil courts are less procedure focused than U.S., British, German and other Western nations’ courts, thus, allowing more flexibility for judges and the parties. 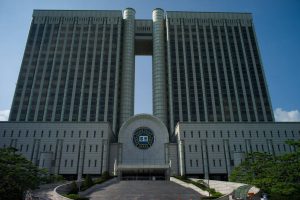 The proceedings at Korean courts of first instance is, typically, completed within one year from the filing the complaint to a district court and appeals to the High Court in Korea (court of second instance), typically, is completed with ten months of filing the appeal to the Korean High Court.  Appeals to the Korean Supreme Court may, sometimes, take multiple years to complete.

We have excluded from this list proceedings within the Constitutional Court of Korea, Korean Family Courts, the Korean Administrative Courts, Patent Courts, Small Claims courts and other special courts.  These courts, often, have proceedings that do not follow this typical timetable.

Filing of a Civil Complaint to a Korean District Court
Plaintiff Files Complaint.

Answer to Civil Complaint
The Defendant, in most cases, has 30 days to answer the complaint filed by the plaintiff.  The Defendant may apply for an extension of time for answering the complaint.  Korea has no formal pretrial discovery system.  Discovery is conducted by the court within hearings.

Additional Pleadings/Submission of Evidence
Plaintiff may file a Reply to the Answer, however, a Reply is not required.  The Plaintiff or the Defendant may file supplemental filings and submit additional evidence up to closing of the case.

Main Hearings
After the close of the preliminary hearings courts schedule, typically, hearings four weeks apart.  These hearing are often short (with exception of hearings that include the testimony of a witness) and in the more complex of cases numerous hearings may be scheduled.

Post-Hearing Submissions
After the closing of the hearings, normally, counsel for both the plaintiff and the defendant file a closing brief to the court.

Appeals
Appeals, in most cases, must be filed with fourteen calendar days of receipt of the judgment.  An appeal to the High Court is an appeal de novo, thus, additional facts may be submitted and the High Court may make its own finding in fact and law.

(c) 2019. All Rights Reserved. No content may be reproduced in any form without the express written permission of the author. [email protected]