Korean companies should consider negotiating stipulations to create “probationary periods” at the start of employment to train and assess newly-hired Korean workers.

Often companies wish to evaluate workers over a set period of time after concluding a labor contract to assess the worker’s abilities and intelligence, and to allow the worker time to gain familiarity with the work.  This period of employment is called a “probationary period.” 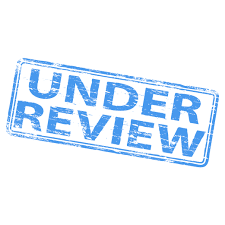 The practice is relatively unregulated by the government. The Labor Standards Act of Korea provides, among other things, minimum standards for conditions of employment, prohibits discrimination and the use of force or violence against workers.  But, it provides little guidance on regulating “probationary periods.”  The only guidance the Labor Standards Act provides can be found within Article 35, which states that employers do not need to provide 30 day notice of dismissal to workers under a “probationary period” and within Article 77, which protects “workers in training, workers on probation or any other apprentice” from abuse.

If your company may benefit from instituting a “probationary period” for proper assessment and training, we recommend adding stipulations within your Korean labor contracts setting reasonable time frames that fit your business’s need.  We also recommend specifically setting parameters within your company’s internal rules and regulation so that company and worker clearly understand each other’s expectations within this “probationary period.”

___
Sean Hayes may be contacted at: SeanHayes@ipglegal.com.  Sean is co-chair of the Korea Practice Team at IPG Legal. He is the first non-Korean attorney to have worked for the Korean court system (Constitutional Court of Korea) and one of the first non-Koreans to be a regular member of a Korean law faculty. Sean is ranked, for Korea, as one of only two non-Korean lawyers as a Top Attorney by AsiaLaw.  Sean is known for his proactive New York-style street-market advice and his aggressive and non-conflicted advocacy.  Sean works with some of the leading retired judges, prosecutors and former government officials working in Korea.