The Korean Labor Standards Act mandates that employees under “contract” or “regular employees” may only be terminated for “justifiable reason attributable” to the employee or “urgent managerial necessity” after the completion of the employee’s probationary period.

Both Korean employment law standards are, often, difficult for an employer to meet without the 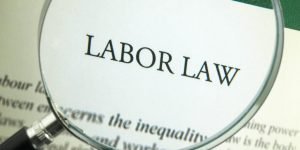 professional structuring of HR policies and procedures and a nuanced approach to termination of employees in Korea.

We strongly recommend, prior to even considering firing or laying off Korean workers, to put a system of internal controls/systems in place that provides evidence to substantiate Korean employment terminations decisions.  We see too many companies in Korea that lack the systems necessary to substantiate termination.  Modest changes can, often, be refreshing for managers.

FYI – Company executives/directors are, normally, not considered company “employees” and thus are not benefited by most of the protections afforded by the Korean Labor Standards Act.  However, if the company is operating as a subsidiary in Korea and is not maintaining the appearance of a unique legal entity, Korean courts have been increasingly willing to deem, even a director, an employee.

Justifiable Reason for Dismissal of an Employee in Korea
The Korean Labor Standards Act places the burden on the employer to prove a “justifiable reason to terminate.” According to the Korean Supreme Court, the reason must be “directly attributable to the employee.” Stealing, missing an excessive number of days of work, and violating laws related to the job, have all been deemed sufficient to terminate. Prior to termination, an attorney should be contacted to allow your company not to terminate an employee in violation of law.

Managerial Reasons for Laying off an Employee in Korea
The Korean Labor Standards Act places the burden on the employer to prove that an “urgent managerial necessity exists” before an employee is laid off. The Supreme Court has interpreted this to mean that a company should prove that without the layoff, the company would have extreme difficulty in maintaining operations.  The standard is interpreted strictly.

Prior to layoffs the company should prove that it has exhausted all other remedies including offering voluntary retirements. The layoffs, also, must be conducted based on a “fair and reasonable” standard.

The Korean courts have noted that the time of service, age, performance records, and technical skills may be factors in determining layoffs.  Additionally, employees or the trade union must be consulted fifty days before the layoffs.

We highly recommend consulting with an employment law attorney in Korea before firing or laying off a Korean employee. Too many companies have found themselves in courts in Korea over improperly following procedures and the lack of a little Korean-nuanced strategy.