In many cases of termination of a distribution/agent agreement in Korea compensation must be paid to the commission agent.  In many cases, the same rules are applied to distributors. 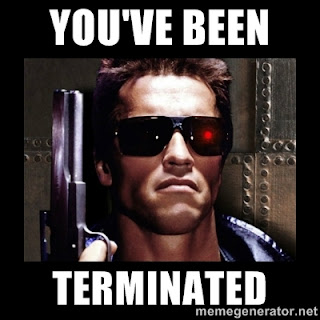 The law on the termination of Commission Agent-type agreement is governed, mainly, by the Commercial Act of Korea and its enforcement decrees.  Korea law does not facially differentiate between termination and expiration of agent/distribution agreements.

The following explanation is, only, a brief overview of Korea’s Distribution/ Agency Law relating to termination of a distributor/commercial agent.  Please note a much more nuanced explanation is necessary and essential for any manufacturer or supplier doing business with a commercial agent in Korea.

The Supreme Court of Korea has noted that the Enforcement Decree of the Monopoly Regulation and Fair Trade Act Article 36(1) (Table 1, subparagraph 6(d)) should interpret a violation of this Act as meaning, in part, acts that abuse one’s transactional position to the disadvantage of the other party by considering the following factors:

“specific aspects such as the intention, objective, effect and influence of the act; characteristics of the goods; situation of transaction; degree of the prevailing position of the enterpriser; and contents and degree of disadvantage of the other party. Furthermore, such a determination must take into consideration whether there was a deviation from the practice of normal transactions and whether this impeded fair trade.”

This Commission Agent Termination Test allows broad discretion to Korean courts to broadly interpret acts by manufacturers/suppliers as acts that violate these general tenants of fair trade.  However, the Supreme Court of Korea has noted that a mere refusal to take part in a transaction with another party is, typically, not a violation of basic Korean fair trade principles.

However, the Korean Supreme Court noted that this general rule can be negated:

This vague test leads to risk that is not easy to evaluate, because of the vague nature of the test and the lack of a long history of consistent jurisprudence on this issue by the Supreme Court of Korea, the high courts and district courts in Korea.

Most risks can be substantially mitigated by the drafting of a Korea-nuanced Agency Agreement and some good old fashion business savvy.  Please don’t just use your foreign templates in Korea – get a good business-savvy and street-smart attorney that is on-the ground in Korea to assist.
___
Sean Hayes may be contacted at: SeanHayes@ipglegal.com.