Korea, the Land of Perpetual Crisis, is facing yet another crossroads — this time Korean the focus is on renewed challenges facing manufacturing. The weakening Japanese yen together with the growing strength of Chinese manufacturing, not to mention rising costs of local labor, is placing Korea once again as the proverbial shrimp positioned between the two whales. 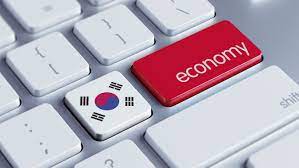 In fact, to a large degree, the real growth of Korean manufacturing is taking place in Korean-owned facilities outside of Korea. While this trend is real, it does not satisfactorily address what needs to be done overall. There are simply not enough domestic jobs in design, marketing and administration. A core of Korea’s economy must continue to be in-country manufacturing as a central economic pillar.

Since this is an English newspaper, I’m writing with the assumption that a disproportionate percentage of readers are expatriate. Consequently, I am specifically writing to this audience, but what I have to say may also apply to Korean managers.

Though only 11 percent of the Korean workforce is unionized, that small percentage has a disproportionate influence on the overall workforce. Furthermore, I suspect when it comes to foreign-owned factories in Korea, the percentage is considerably higher. While some unions have been discredited in the public eye for all ready being well paid and perhaps spoiled, many media-grabbing labor actions highlight a real or imagined “struggle” between management and other employees in many non-unionized employee’s minds.

As the old saying goes, “what we have here is a failure to communicate.” This is the perennial challenge of any organization, but in Korea with cultural, language and sometimes political divides to cross, this issue has the potential to drive even Job up the wall.

The biggest failure for communication is a breakdown in trust between management and employees — organized or not. And as much as it is easy to blame radical unions, most of the time the fault must be laid at the feet of management for not putting in adequate time and effort back when problems were minor and relatively easily manageable.

Last year, when I was researching our book on doing business in Korea, I had the privilege to interview some of Korea’s leading executives and attorneys. Their comments reminded me of my first professional decade as a human resources manager, first working with a bank union in Seoul and later keeping a union out of a Japanese factory in California. What struck me was even after the decades working in sales & marketing, the principles of good labor relations have not really changed — no matter where one works.

Given the limited space on this page, I will bullet point some of the most important points that can foster management-employee trust, which in turn may get everyone reading off the same page to reduce waste, improve productivity and increase overall competitiveness. Though much of the following may seem aimed at unionized shops, most if not all applies to good employee relations, regardless if there is a union.

Regardless of how many of the above points may apply to your company, the truly effective manager is the one who personally takes the initiative to learn about his or her employees by walking about and asking questions about them both on a personal level and professional level. Korean employees sincerely appreciate senior managers taking sincere interest in them as human beings and they are often proud to demonstrate their expertise in their given company roles. Often the difference between a successful manager who instills strong employee loyalty versus the remote manager who is often at odds with the employees is whether that executive takes a regular initiative to spend time really trying to get to know the employees and to learn from them how they are making company contributions.

___
Tom Coyner is President of Soft Landing Consulting(www.softlandingkorea.com), a sales and business development consultancy, and serves as senior commercial advisor to IPG Legal. His professional involvement with Korea began in 1975.  This article appeared in the Joonang Daily