The courts of the Republic of Korea, for years, has struggled to find a consistent interpretation of an “Ordinary Wage.” The definition of Ordinary Wage, under Korean Law, was clarified by the Korean Supreme Court in two decisions handed down on December 18, 2013. The calculation of Ordinary Wages is important, since the calculation is utilized to calculate statutory entitlements, and thus has an impact on the aggregate amount of contributions necessary to be paid to employees. 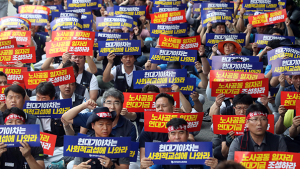 Because of the potential for a large unknown future liability, this issue became the most significant issue, in the last few years, among domestic and foreign employers in labor and employment law in Korea.

Obviously this “test” leaves much unanswered. The vagueness of this test has led to considerable litigation over the past few years. Additionally, the Korean Courts have inconsistently interpreted the definition, thus leading to much confusion among practitioners. This confusion, coupled with the significant burden on companies that may be imposed, led to a major lobbying drive by foreign and domestic companies to define an “Ordinary Wage” in a consistent and regular manner.

The test is unchanged with these decisions; however, the Supreme Court has made a useful checklist for lower courts that helps to leave less unknown in calculating the ordinary wage in Korea. We shall update the reader when more cases come available.

On December 18, 2013, the Supreme Court of Korea, in a case that we will call the Regular Interval Bonus Case, has delivered a couple more clear examples, as compared to the past, of cases where compensation was considered an “Ordinary Wage” under the Korean Labor & Employment Law. These cases, in this regard, are a great development in making Korean Labor & Employment Law more consistent, clear and concise.

In the Regular Interval Bonus Case, the employer in the case was providing a “regular bonus” every two months to employees. Seemingly, the major reason was in order not to increase the “Ordinary Wage.”

The Korean Supreme Court in the Regular Interval Bonus Case opined, in part, that:

The Supreme Court remanded the Regular Interval Bonus Case to the High Court to determine if the “good faith” exception is applicable.

The second case, which we will call the Allowances Case, utilized the Ordinary Wage definition and rationale given in the Regular Interval Bonus Case to opine that these “allowances,” when paid just for being employed at a certain period of time, shall not be considered “flat” under the Ordinary Wage “regular, uniform, and flat” definition. The employer, seemed to provide these “allowances” to an employee for working during and for a certain period of time.

The Allowances Case was, also, remanded to a High Court to determine if the payments were only made because employees were employed for a certain period of time.

These cases are important in Korean Labor & Employment Law jurisprudence, as they detailed situations that can and cannot be considered Ordinary Wage payments.

Examples of payments that should be considered an “Ordinary Wage” in Korea include:

The Supreme Court ruled that the decision should not be applied by lower courts retroactively if: (a) the employer and the employee agreed not to include the disputed sum in the calculation of the Ordinary Wage (implicit or explicit agreement); and (b) the sum would cause “serious financial difficulty” or an “unexpected burden” to the employer. An agreement coupled with financial hardship, the Supreme Court held, would equate to the employee not acting in “good faith.”