The Korean Commercial Building Lease Protection Act (“CBLP”) came into force on August 13, 2013.  The Korean CBLP amendments, mentioned below, will solely come into force for leases entered into after August 13, 2013.  The changes will assist those with large deposits from being evicted by a landlord in Korea based on no apparent reasons. Please note a new law has come into effect and we shall be writing on this new law within the next couple of weeks.  Please check back.  The following post is a repost of any article, originally, posted in 2013.  Other article on leasing that may be useful can be found at: Leery of lousy leases, landlords? Get a Lien. 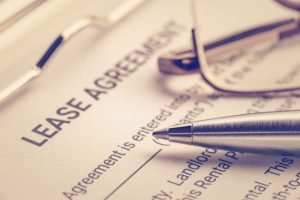 The present CBLP specifics that all commercial leases in Korea under five years in length must be renewed if requested by the tenant unless the landlord is able to establish justifiable reasons for not renewing (e.g. non-payment of rent).  The issue of the amount of rent and deposit will, however, still be a factor in coming to a agreement.

Additionally, the amended CBLP allows tenants to request an increase or decrease in rent or lease deposit based on a myriad of factors including the specific economic situation in the area.

Renewal/Terms for Commercial Tenants with Deposits under KRW 300million

Sean Hayes is co-chair of the Korea Practice Team and Entertainment Law Team at IPG Legal. He is first non-Korean attorney to have worked for the Korean court system (Constitutional Court of Korea) and one of the first non-Koreans to be a regular member of a Korean law faculty.