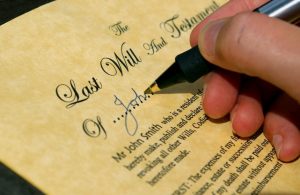 We receive numerous calls requesting the notarization of wills, living wills, general and specific power of attorneys, prenuptial agreements and other like agreements and documents in Korea.

We, sometimes, notarize these agreements for clients, however, in most cases we refer the client to their local embassy in Seoul, since the embassy stamp has a far less chance of not being recognized in a foreign jurisdiction than a Korean notarial stamp.  We, often, also, advise a redraft of the document.

This post was not written to tell you not to call me about notarial issues (actually don’t contact me about notarial issues unless your nation does not have an embassy in Korea- contact your embassy), but to be aware that many of the agreements and documents that I have seen that were downloaded from online form libraries and blogs are worthless in Korea, Canada and many U.S. states.

This post was motivated by a prenuptial agreement that I just reviewed that was, obviously, downloaded from an online form library and that would have been invalidated by most U.S. courts if executed in its form.  Writing this post reminds me of a case we handled, a few years back, concerning a will that was contested, since the will did not meet the execution formalities.