Local Korean vernaculars have reported that Bitcoin and other “Alt Coins” are to be investigated by the Bank of Korea, Korea’s Prosecutors Office and other government agencies.

It is alleged by some in the Korean government that these crypto-currencies may be nothing more than Ponzi or Pump & Dumb Schemes.  While, others, proclaim these currencies are at the foundation of freedom and they help to fight inflation imposed by central banking authorities, allows for anonymous transactions and low transaction fees. 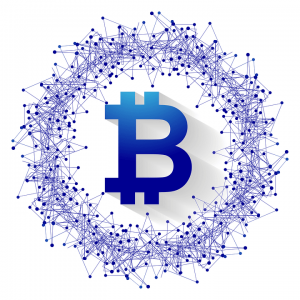 If the Korea government has made up its mind on the future of Bitcoin in Korea we are, likely, to see, among other things, prosecutions, businesses being sanctioned for accepting Bitcoin and the blocking of sites that promote or utilize Bitcoin.

Korea has struggled with the acceptance of new technologies that infringe on some of the major vested interests (e.g. Uber) and we suspect that Bitcoin will be no different unless users join with politicians and the power brokers to promote the benefit of Altcoins.

Hopefully, proponents of Bitcoin will not follow what some consider a juvenile/unannounced approach adopted by Uber in Korea.

We will update the reader when more becomes known.
____
Sean Hayes may be contacted at: [email protected]

Sean Hayes is co-chair of the Korea Practice Team at IPG Legal. He is the first non-Korean attorney to have worked for the Korean court system (Constitutional Court of Korea) and one of the first non-Koreans to be a regular member of a Korean law faculty. Sean is ranked, for Korea, as one of only two non-Korean lawyers as a Top Attorney by AsiaLaw. Sean’s profile may be found at: Sean C. Hayes

01/08/2018 note: We have received a myriad of calls and emails requesting information on currency control laws and Bitcoin in Korea. We are happy to discuss these Korean laws, discuss establishing a company in Korea and otherwise discussing complying with Korean banking laws, however, we are unable to consult on these issues pro bono, because of the number of calls and emails. If I took every call on this issue, I would either be out of mind or out of money.

We are happy to discuss with you the myriad of issues, legal pitfalls and success stories for up to an hour and half for a pre-paid fee of US$ 500. We are sorry we need to be so principled with the charging of a fee for these initial consultations, since we normally don’t charge initial consultation fees, however, we are receiving many contacts concerning this issue and few individuals we discussed the matter with is, sincere, in this opportunity. We hope this note doesn’t discourage anyone from this interesting opportunity and sorry for placing everyone in this basket, because of a few (so many) bad apples.