Some crimes in Korea require the victim’s consent for the prosecutor to indict a victim, the most literal translation of these types of crimes are “Crimes Not Punished Against the Will of the Victim.” Additionally, a “Self Denunciation” (Confession to Korean Investigative Agency Prior to Arrest ) may mitigate punishment (Korean Criminal Act Article 52).  The difference between these types of crimes and the formality in confessing may forego the opportunity to avoid a jail sentence.

All good Korean criminal defense lawyers, at a minimum, should be aware of this specific issue, confession formalities and, also, be aware of the need, in many cases, to proactively engage alleged victims. 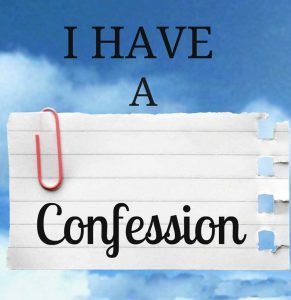 (1) When self-denunciation is made to competent authorities who have the responsibility to investigate the crimes, the punishment may be mitigated or remitted.

(2) The preceding paragraph shall apply when voluntary confession is made to the victim in respect to crimes which cannot be prosecuted against the victim’s will.

A recent case sheds light on the need to follow formalities in attempting to mitigate a sentence under Article 52 of the Korean Criminal Act and the need to utilize proactive strategy in negotiating settlements with victims.

The defendant raised a constitutional complaint arguing that Article 52 of the Criminal Act distinguishes between “Self-denunciation” and a “Confession to a victim,” and that in the case of confession to victim, it is unconstitutional to prescribe and exemption for punishment only if the crime is a “Crime not punished against the will of the victim,” since, among other things, this violates the “principle of equality.”  I am, grossly, oversimplifying the argument for sake of brevity.

The Constitutional Court of Korea opined that this dichotomy is not arbitrary:

In the case of ‘Crime not punished against the will of the victim,’ ‘Confession to victim’ is similar to Self-denunciation in its structure and character in that it informs the person who can influence whether or not to exercise a criminal prosecution. Therefore, even if the legal provisions of this case do not give the benefit of arbitrary exemption to a person who ‘Confessed to victim’ like a claimant, it is difficult to say that it is arbitrary discrimination.

Therefore, the Article 52 of the Criminal Act is not contrary to the principle of equality.”

The case sheds light on the need for proactive and experienced counsel defense counsel.  This simple error, likely, lead to this man serving a jail sentence.